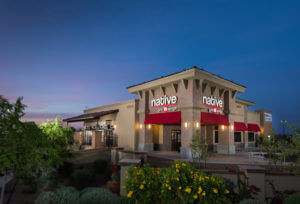 QUINCY — The Tilted Kilt is set to close Thursday night to make room for a new sports bar and grill in February.

Heather Balzer, general manager of the Tilted Kilt, said Native Grill and Wings will open by late February at 138 N. Front, where the Tilted Kilt has operated for the past four years.

“I held an employee meeting this morning, and by the end of it, everybody was super excited,” Balzer said.

The staff of 14 will be kept on the payroll during remodeling, and Balzer said a job fair will be held in late January to seek 30 to 40 more workers.

Duane Venvertloh, who will be the franchise owner, told The Herald-Whig’s news-gathering partners at WGEM that this will be the first Native Grill and Wings franchise in Illinois.

According to Native Grill company information, the restaurants have about 40 flat-screen televisions and offer 20 or more flavors of wings at a typical location, as well as sandwiches, fish, pizza and other offerings.

Native Grill and Wings was launched in 1978 in Arizona by members of a family who named their restaurant Native New Yorker. The pizza shop struggled until it shifted its focus to chicken wings. The company has grown rapidly in recent years.

Balzer said her staff will trade in the Tilted Kilt’s trademark plaid kilts and white blouses for jeans and black T-shirts.